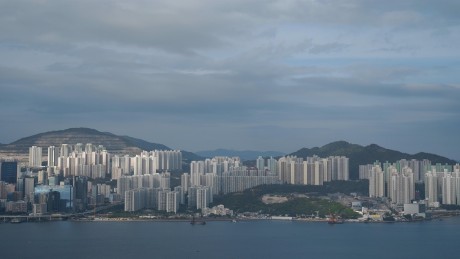 In Atlas, the writer Dung Kai-cheung constructs a history of islands scattered within a vast river delta: islands that could very well be Hong Kong. His fiction is put together from maps and stories, things passed from mouth to mouth in the street or recollected in more certain form: on sheets of paper or in books. It is a history that is as much a truth of Hong Kong as official narratives that describe the development of a fishing village into an international trading port in less than centuries, driven by the violence and subjugation of trade and finance. The improbability of a city where hills are no higher than towers and ocean inlets have been engineered into vast freshwater reservoirs. Atlas shares a lineage of tall tales passed from Marco Polo via Calvino through Barthes: a place more impossible than cities described from memory with the passing of time.

Like everywhere, the news is worse every day here. The virus has transformed Hong Kong with many residents struggling with lost jobs and reduced wages. Students are trapped in their rooms behind computer screens, with the classroom an already vague liberty. But returning to schools surrounded by others will have its own anxieties. Where much of the world is debating the desirability and possibility of returning to normal, in Hong Kong the dread of the virus has in some ways cloaked other transformations: the threat of “normal” being an impossible unreturnable past, its memory being now rewritten. With books taken from library shelves and leaders imprisoned, it seems only inevitable that these disappearances will make remembering things harder to abide: to know what was true or not, real or imagined, a fiction or a history.

It is a year now since the nightly extradition protests: each day a new confrontation with the authorities. Misstep after misstep, with young people geared-up to confront the armored police. There was little hope among the protesters that their efforts would lead to any real concessions, let alone change: they saw China as an implacable force contrary to whatever values they believed Hong Kong represented. Even with the withdrawal of the extradition bill, other indignities remained. The spiraling back and forth offered no way out. The scenes of last summer—of umbrellas and tear gas, leaf blowers and helmets, strategically piled bricks and traffic cones, yellow-vested press in the midst of altercations between a paramilitary and the ad-hoc—have replicated themselves: in Santiago, Portland, Beirut. This mix of do-it-yourself and doit- together at once consolidated a dynamic of the group and reinforced the atomized and dispersed nature of each engagement. In Hong Kong, some of the younger protesters returned home each night laden with heavy backpacks to working class apartments in the new towns of the New Territories, slipping into their beds without waking not-yet-sleeping parents. In their rooms, perhaps shared with a younger sibling, the night racing through their heads, at once lucid sensations of acrid smells, missed footfalls and limbs entangled, and the sense of a numbing familiarity: each night not so different from the ones before.

This summer has been unlike the last. The air has been clear. From any point in the city you can see green hills cloaked by blue-black shadows cast by cumulus clouds waiting to release showers. You can see into the distance, but then even further beyond, the horizon opening up in ways not revealed in decades, or at least years. It is also the hottest summer ever recorded; this I read two days ago in the SCMP. With many at home, and industrial production cut in much of Asia, there is no veil of particulate to trap in heat or slow down the wind. Instead, the oppression of these days is about waiting out the virus with a trepidation of the loss that is taking place in this time of attending.

In democracy’s pull between freedom and equality, Hong Kong has most often turned toward individual liberty at the expense of social care. There was a brief time here when calling out the government’s corruptions was not only allowed but expected as a hallmark of belonging. What has changed is both the certainty that self-government has been carelessly cast aside and that corruption and violence decried today would be met with an unyielding ferocity born of insecurity. Hong Kong has become the fulcrum of a geo-political game of chicken; the decline of a global city would be something else to witness.

Or else, Hong Kong becomes “just another” Chinese city with the uncertainty that even this designation means with that nation’s own precarity. In some ways of course, life here will continue. Perhaps in some time the economy will once again be plowing along, newly configured to meet changed relations. But the banality of that continuing occludes the forging of other trajectories that for some here are the only legitimate futures.

There is talk now of a government in exile, in Taiwan or the United Kingdom. Also, of the burgeoning of artistic practices that undermine those strictures on speech, thought and action that already, almost instantly, have been put into place. Last summer, the protesters enacted language games that modelled a resistance that will very possibly continue. With the city soon inaugurating one the largest venues for contemporary art in the world, what would be most radical and dangerous and improbable would be to leave these vast new spaces empty as a site of gathering: for roller skating, whispering, yelling, speaking amongst each other of those things that elsewhere can no longer be spoken.