If our Lives are Black. On Angela Davis and Gina Dent’s conference at La Maison de l’Amérique Latine, Paris 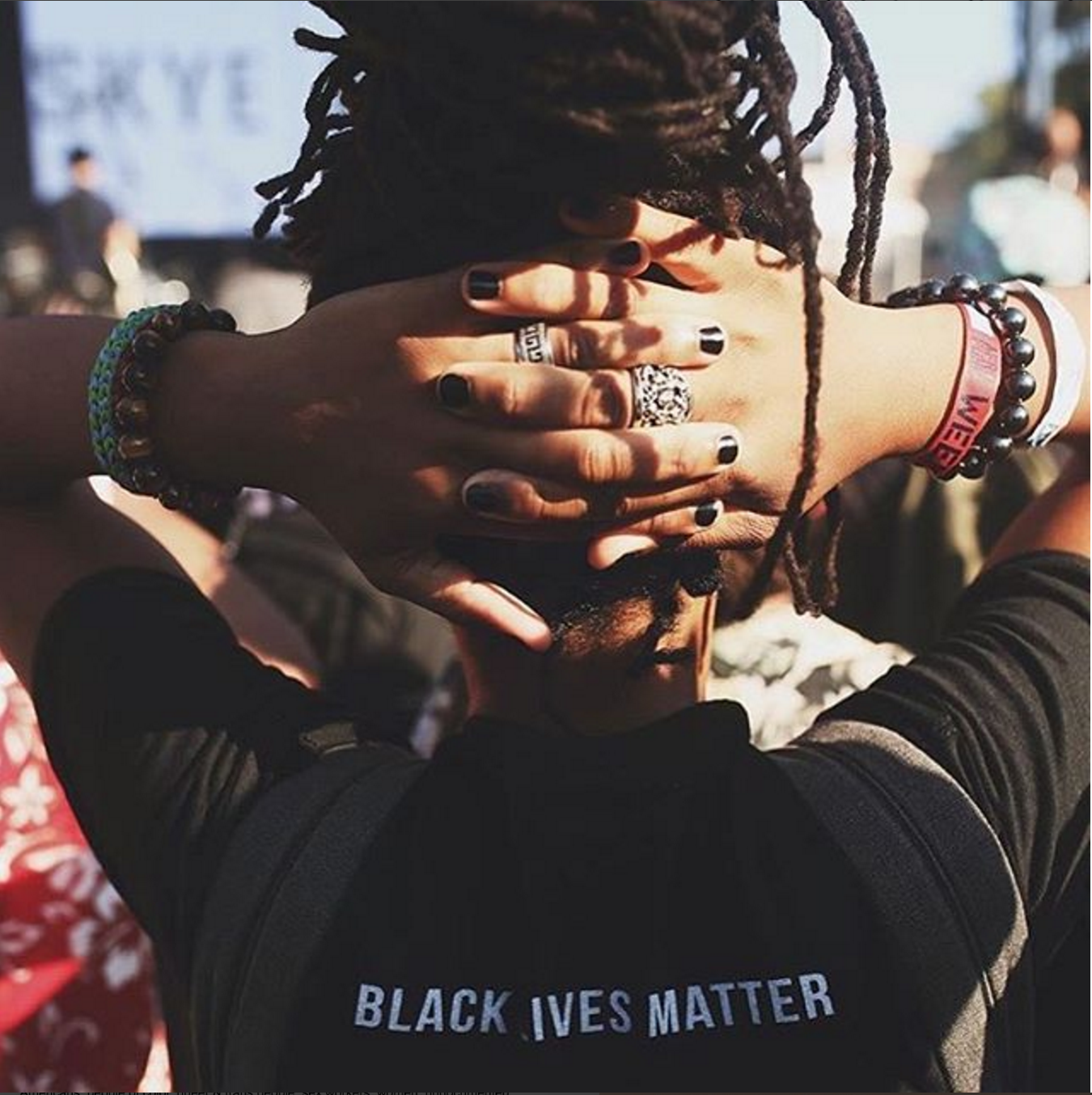 On November 25, the first-floor room where Angela Davis and Gina Dent were set to speak was already completely full an hour before the conference began. Keeping places proved to be a difficult task given that the ground floor room, where one found a screen and speakers for those who couldn’t make it to the first floor, was filled just as quickly, making any passage towards the hallway leading to the stairs rapidly impossible and turning the security personnel into improvised police so as to contain the crowds.
Trump’s victory in the presidential election was still fresh enough for it to occupy a good part of Angela Davis’s intervention. Despite the sadness and vulgarity of such a subject, the room was subjugated by her skillful elegance honoring everything with a precision and calm difficult to find elsewhere. One must be weary of exoticism, above all in politics: the political problems of another country can seem better analyzed and more interesting than our own, especially if the speaker is a star of the radical milieu and she is irresistibly charismatic. Yet what was most seductive about Davis and Dent’s approach, which they unfolded in tandem before the Parisian public at the Latin American House, was something that is not practiced enough in France: intersectionality. That is, the art of linking aspects of reality that present themselves as if disconnected and making them meet on the plane of struggles.
Angela Davis invited the audience to consider mass incarceration and the racist violence of the police as technologies of social exclusion, not as flaws in the system or emergency solutions to some critical situation. The constellation she mapped out was at once lightning quick and complex: the movement for black lives includes Black Lives Matter and they are neither identitarian nor attempts to construct a new universality. To say that black lives matter, those lives that are most subjected to abuse and oppression, is another way of saying that all lives matter. But this move towards universality is not anodyne. One must beware of universalisms constructed upon the implicit contempt for those they claim to include, of any unified point of view that silences specific differences. This is the crux of an identity politics that hides behind neutrality. Abolitionist feminism can get us out of this impasse because it addresses, in a non-assimilatory way, problems like the prison industrial complex and the structural racism of a punitive justice system that represses and mutes any contradictions linked to racial discrimination. In so far as the police and the judicial system are concerned, racism is systemic (recently, the tragic case of Théo L. has lengthened an already obscene list of affronts made by French police). It’s not a question of reforming these systems by deciding on a new set of criteria for who goes behind bars to be abused by a police officer who cannot act in an acceptable way.
It’s there that the revolutionary poetics of the thought laid out by Davis and Dent reveals its inspiring power for us all: we have to change our concept of “security”—they said—to no longer base it on violence, but rather on guaranteed housing, on free access to medical and psychiatric care and education, on protection from religious persecution and homophobia, on the protection of immigrants. In our time, these problems are at the heart of civil rights, those of the United States and elsewhere. Davis brought up the happy exception of American sanctuary cities that try to protect the undocumented from police persecution. She ended her talk by citing an open letter James Baldwin wrote her in prison, titled “An Open Letter to My Sister, Miss Angela Davis”:

The will of the people, in America, has always been at the mercy of an ignorance not merely phenomenal, but sacred, and sacredly cultivated: the better to be used by a carnivorous economy which democratically slaughters and victimizes whites and blacks alike. But most white Americans do not dare admit this (though they suspect it) and this fact contains mortal danger for the blacks and tragedy for the nation (…) If we know, then we must fight for your life as though it were our own—which it is—and render impassable with our bodies the corridor to the gas chamber. For, if they take you in the morning, they will be coming for us that night.[1]