Interview with Ilaria Bussoni. On the symposium “Sensible Commons” at GNAM, Rome 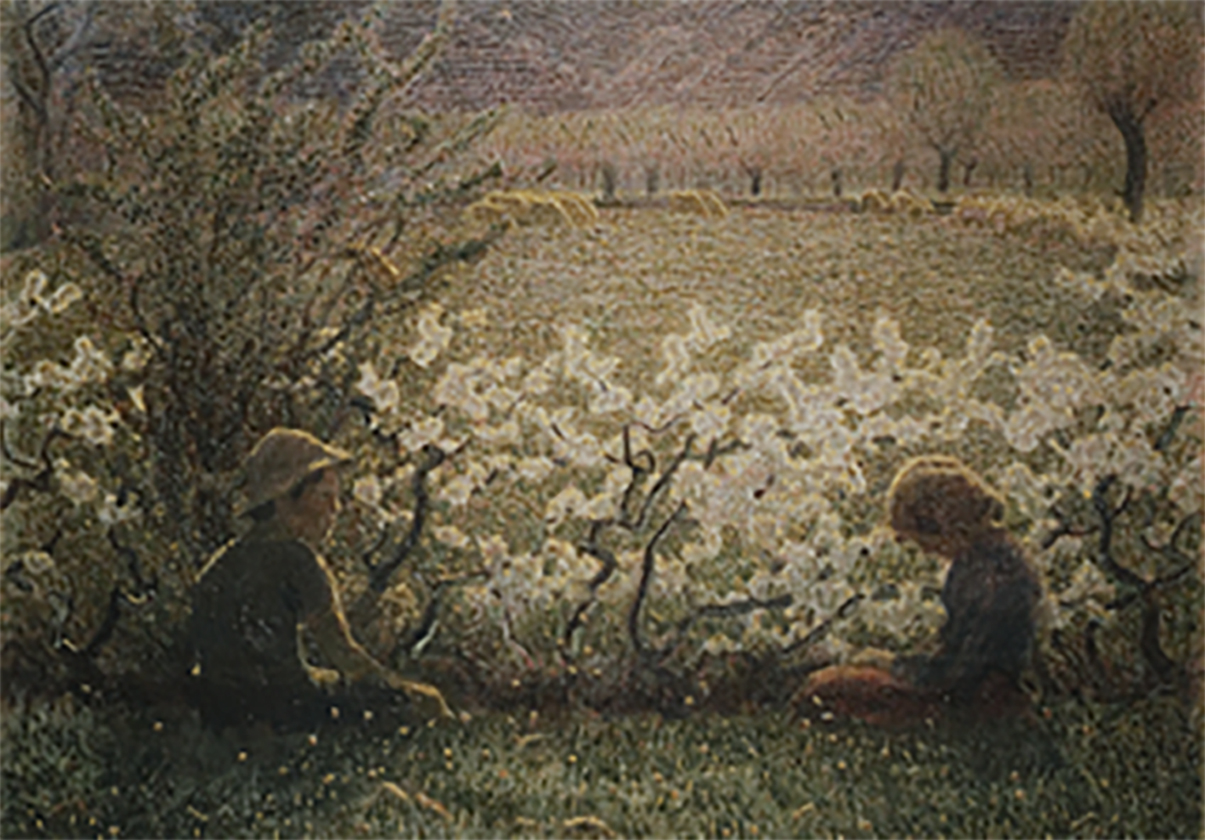 MAY: You were one of the initiators, alongside Cesare Pietroiusti and Nicolas Martino, of “Sensible Commons,” an experimentation that opened on January 14, 2017 at the National Gallery of Modern Art in Rome and that spanned the course of nine days and eight nights. What followed was a very dense program of conferences, performances and an exhibition that occupied a wing of GNAM. Can you tell us something about its genesis?

Ilaria Bussoni: First there was this project to have an international conference on communism in Rome. The conference—titled “C17: The Rome Conference on Communism”[1]—was organized by a group of researchers and activists to mark the centenary of the October Revolution. Structure-wise, the conference was modeled on Karl Marx’s Communist Manifesto: critique of political economy, who are the communists, institutions and power…We proposed having a discussion on the “communism of the sensible,” a subject that is no less present in Marx’s work, although it features more prominently in texts such as the 1844 manuscripts.
It was necessary to first question this suggestive yet quite enigmatic expression. Marx himself never directly used it; it’s an expressive invention of his readers. Accordingly, the very words “communism” and “sensible” must become objects of critique and analysis. What is the “commons”? What are its conditions of perception? Is “the sensible” that which will open the ensemble of human faculties to seeing the world in an egalitarian way? Isn’t it most crucial to imagine the commons and the sensible as resulting from creation? What specific role does the domain of the sensible play in envisioning a world in common?
The Rome conference was designed to embed the debate on communism within the urgencies of the present era: neoliberal backlash against workers’s struggles, primarily in the 1960s and 70s, that sought life beyond a waged and disciplined society; crisis, financial and disciplinary, as a form of governing individuals and any collective attempts to become liberated from its grip; a political economy that is an affective economy, one of connections, of power relations that are often personal, an entire economy of subjectivity that doesn’t stop churning out new standards of submission and domination in work, or production, but especially in the reproductive sphere—that is, in life.
The debate around the “communism of the sensible” was thus a working through at the heart of this huge conceptual building site. It was one of thinking and construction, with new means, an individual and collective life withdrawn from domination. It is also a moment, mostly in Europe, that marks the ground zero of revolts and rebellions (at least in terms of their visibility).
Turning to contemporary forms of capitalism, we find that the “artist paradigm” often functions as the key paradigm for the neoliberal horizon: far from an era of social knowledge and Marx’s “general intellect,” we are witnessing a significant return to the individualized subject, to a new wave of “enclosures” centered on the subject. We have the proprietor subject, the free and autonomous subject, the debauched subject who can play with chance… The subject who is no longer sealed behind disciplinary walls but for whom the principle form of expression is one of creation. It’s the creative subject, the creator, who we meet in graphic design or publishing, in television production or even selling financial wares. The creative subject is precisely a subject who claims freedom in his or her practice, in his or her time or spaces and, of course, in his or her revenue. This revenue is no longer calculated through a time slot of finished work but through non-quantifiable elements. What is here problematic is the measure of value—of the value of work and its auratic reach. In the neoliberal context this value is strictly linked to a proper name: the name of the subject. Thinking the conditions of the commons thus meant considering the expanse of the subjective economy, the arts can potentially help us to better discern this economy, while being at the same time—probably more strongly and efficiently than other domains—completely invested in it themselves.

MAY: To what extent was the event’s key concept—that of the sensible common, where written, oral, musical and visual expression were all taken up on the same plane, given the same consideration concerning their political value and, likewise, for their invaluable status of equality—linked to Rancière’s “distribution of the sensible” (the philosopher was also one of the interlocutors)?

I.B.: We first had to find a physical manifestation of the commons: to transform a public space—a museum, so neatly inscribed in the becoming nation of a
collective and its culture—into a common space. The space that we had to organize
ourselves within was neither strictly public nor private, but rather had traits of both. Somehow, by accident, we found in museum storage the large red carpet and some early 20th-Century sofas  used to furnish the main exhibition hall. The space was quite empty and so fairly large. Yet it gave the impression that a presence was possible. It was welcoming without being condescending. We were able to translate our desire for equality not only between practices but also, first and foremost, between people.

The desire was for each person entering the museum for a cultural schooling or leisurely time—carrying his or her own identity baggage, knowledges, self-love—to leave a bit changed: by way of a doubt, a surprise, a sound, an image, a fragment of poetic verse without rhyme, the name of a star in a constellation, a friend. The desire was also to address a demand specific to the art world: what is an art of the commons? Despite the very performative aspect of the exhibition—speech performance, theatrical performance, dance performance and also political
performance—we above all tried to think a space of immanence, in which we wanted to exist, independently of the finality of every action, and a praxis without work would unfold through works of every genre.
The thought and work of Jacques Rancière was very important for us: not only in a theoretical sense, that sees the relevance of the politics of aesthetics as much the aesthetic impact that politics can have upon reality, but also especially in his rigorous capacity to tie a thinking of emancipation to a desire for jouissance, but without falling into a postmodern hedonism that we know all too well…
Rancière’s “lesson” helps us think the division of work, the separation between the consciousness and intelligibility of practices, as well as his critique of the distance between image and reality based on the idea of alienation. The “lesson” of the Ignorant Schoolmaster and of Jacotot’s method is very helpful for thinking a community of practices and individuals. His intervention in the Rome seminar was exactly in this vein, giving us instruments with which to inhabit the context of what he calls the new polytechnic workers (nouveaux ouvriers polytechniques), for whom practical know-how and knowledges, the use of knowledges and of pleasures, intermix, where there is indeed the urgency of finding a “rule of art” opposed to that of neoliberal governmentality.

MAY: “Sensible Commons” was a journey into the present as much as into the future—there were explorations of personal archives, astronomy lessons, poetry marathons, concerts and dreams. Yet there was also a part that did not change, the permanent—so to speak—exhibition. What were the different sections of the exhibition and how did you bring them together?

I.B.: The exhibition sections come out of several years of theoretical work that has primarily taken place in the review, OperaViva. Un’arte del possibile[2]. Here, aesthetics is questioned in a broad sense: aesthetic practices can also be practices of desubjectivization and of resistance. This is the case with the section “plant ekstasis,” outlining the specificity of relations between humans and plants, from which we may understand something about the conatus that Spinoza speaks of. But it’s also the case in “natural wine”—with tastings served at the opening by producers themselves. There was a true aesthetic revolution these last years, a movement that broke through a canon of taste imperatives and that totally transformed the conditions of pleasurable experience by mobilizing a different usage of faculties, in turn inventing a language with which to name this new sensory transition. Or an experience of contemplation that leads us to finding the epic narratives in the nocturnal sky of the constellations. For the Romans and the Greeks this was a shared narration. It’s thus clear that today the art world is not the only one proposing conditions of aesthetic experience. Most of all, the seven sections of the exhibition wanted to pose these questions: where is art? In the theatrical performance of an acting collective suffering from psychoses[3] or in a painting by Pellizza da Volpedo? What is a work (a productive and produced one), when the work has become above all immaterial, made of relations and affects? What kind of work does a curator do when the paradigm of “care” is the one giving form to every productive activity? What is the life of a work of art beyond its exhibition value?
The seven sections of the exhibition questioned the status of contemporary “curatoriality” and the normative sway that accompanies it, finding within the art world an effective principle of intelligibility; the status of the relation, and of the difference, between an artwork and a commodity; the conditions of formation of taste and of an aesthetic experience; the difference and the relation between practices that play as much with the means of creativity as with language. Any imagining or perception of the commons cannot not call forth these new polytechnic workers spoken of by Jacques Rancière. We are these workers in spite of our identity and class determinations. To begin drafting a stage for this was the work of the exhibition.